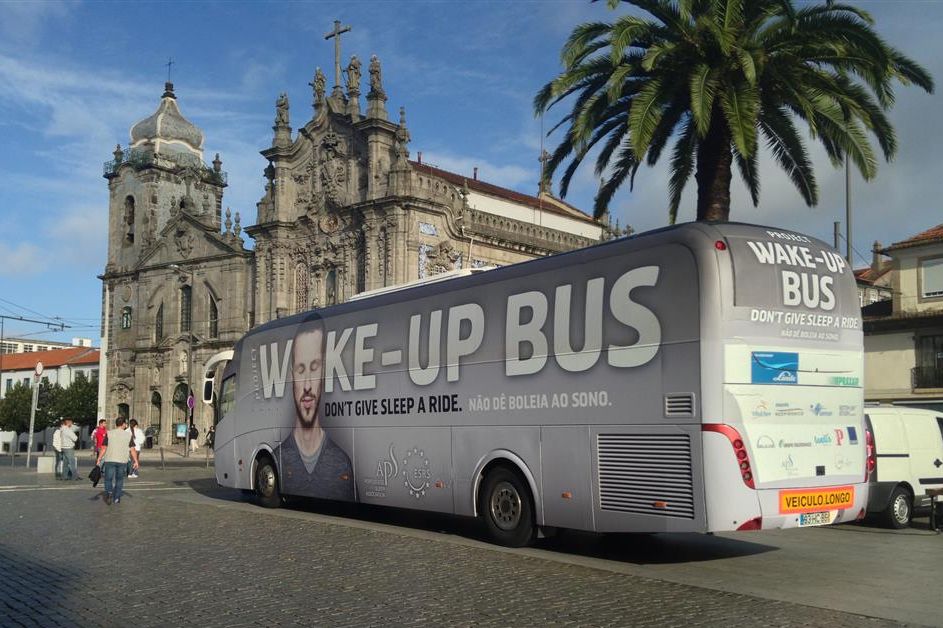 The bus project aims at raising awareness among general public of the importance of sleepiness as one of the main causes of road accidents. An awareness campaign will be run by the National Sleep Society of each country visited by the bus.

The bus left Oporto on 3rd October and the journey ended with a meeting at the EU Parliament in Brussels held on 15 October in which the EU Parliamentarians were addressed by ESRS officers, ANSS members, and a panel of experts about “sleepiness at the wheel”- related issues.

Why is sleep so important for our everyday life?
Roberto Amici, Coordinator of the ESRS EU Commitee

The Wake Up Bus project in the European countries
Ludger Grote, ANSS Chair

Stay Awake at The Wheel: Where Next?
Jim Horne, Member of Expert Panel

Core Activites of the Project

Don't give sleep a ride - Rest before you drive

Sleep apnea and the risk of falling asleep at the wheel

Don't be the one to give a ride to sleepiness