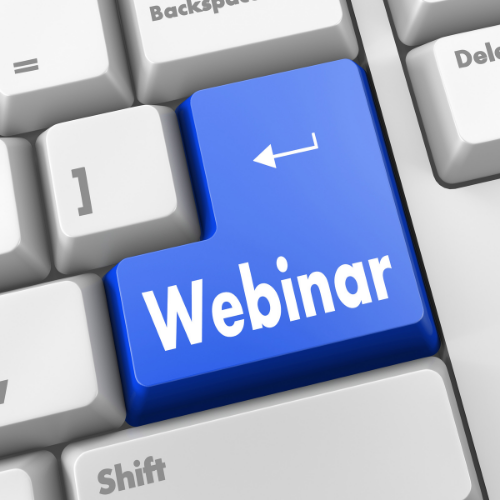 This webinar was organized by the ESRS on June 9, 2021, as a virtual event. The event started at 10:00 CEST having as Chair of the session Dr. Marta Gonçalves, member of the Sleep Medicine Committee of the ESRS and Coordinator of the European Project Wake-up Bus, a project focused on raising awareness among the general public of the importance of sleepiness as one of the main causes of road accidents. This session counted with registrations from 55 countries and had nearly 100 participants.

Dr. Marta Gonçalves, introduced the speakers and moderated the Q&A at the end of the session. The topic of this session was the effects of sleep deprivation by giving two different approaches: one by Dr. Strazisar focuses on children and adolescents, presenting the causes and consequences of sleep deprivation, entitled Academic performance induced by poor sleep. What could be done to avoid it?, and the second by Prof. Åkerstedt showing the effects of sleep deprivation on sleepiness/fatigue and performance of a particular professional group airline pilots, entitled Flight time regulation and aircrew sleep duration and sleepiness.

Airline pilots work in atypical schedules facing night, early morning or late evening working schedules but also the challenges of crossing multiple time zones on their duty periods. These particularities had led to an increased interest in sleep and circadian rhythms research to this group of workers, since fatigue mitigation strategies are important to develop for a manner of safety. Prof. Åkerstedt showed some studies issued by the European Commission via European Aviation Safety Agency (EASA) in the aim of the Flight Time Limitation (FTL) regulations. Sleepiness/fatigue is a recognized problem by the aviation industry and namely the authorities and is taken seriously.

Prof. Åkerstedt highlighted that in FTL’s sleep is not directly regulated, since they are based on the start time of aircrew duty periods and the number of flights (sectors) performed by duty period. Although, among the different types of flights (multiple sectors, extra-long haul, etc.) sleep was the main predictor for daytime sleepiness and fatigue. The amount of sleep before working was more important than the amount of work by itself.

The circadian effects were highly present by having higher levels of sleepiness when flying including the window of circadian low (WOCL) and with lower levels of perceived sleepiness when returning to their base/home during long haul flights.  The interindividual differences among individuals were present with some being able to sleep in different times better than others. According to the studies that have been performed over the last years, chronotype is an important variable that should also be accounted for in these studies and preferentially also for regulatory measures, since accounting for chronotype we may also predictably account for sleep. We should continue to work not only for individualised medicine but also for individualised working schedules.

Dr. Strazisar presented the case of children and adolescents where chronotype is again a big player in the “game” of sleep deprivation. Children become endogenously later chronotypes when reaching adolescence, only returning to earlier chronotypes when reaching adulthood. This is the major cause of sleep deprivation in this age group, but not the only one. The Perfect Storm Model for adolescents postulated by Prof. Carskadon was described.

Sleep-restricted teens show deterioration in mood, working memory, sustained attention and executive function, and also behavioral changes. Integrity of learning and memory processes are fundamental in school achievement and academic performance, particularly in children and adolescents who are in a particular development phase and are more vulnerable to insufficient sleep. A great proportion of adolescents are sleep deprived. Learning abilities and consequent academic performance are particularly dependent on sleep patterns and sleepiness levels.

Factors that can disturb sleep in adolescents were described as follow:

Dr. Strazisar highlighted data from the National Sleep Foundation that recognizes that less than 8% of high school students report getting sufficient sleep. Also, less than 50% of students report getting enough sleep to feel rested fewer than three days a week. In addition to insufficient sleep, they also report excessive daytime sleepiness and poor sleep quality (>50% in college population).

Some suggestions of what could be done were given:

The evidence given by some studies that aligning school start times with teens’ circadian rhythms can increase objectively their weekday TST improving attendance and well-being of high school students was presented.

The session closed with the Q&A session that was focused on the following:

– regulation of FTL’s to airline companies highlighting the importance to have a strategy to improve sleeping conditions and increase layover sleep;

– optimal nap duration for adults was recommended to be around 10-30 minutes and it was also mentioned that for children the age for napping should be until 5 years old;

– modernization of European laws regarding start school times in adolescence;

– how to address chronic sleep deprivation in adolescents;

– finally, the best questionnaires for addressing sleep quality in clinical and research settings.

The main conclusions of this webinar were that we as scientists or clinicians in the sleep and circadian fields have a particular role in advertising and providing sleep and circadian rhythms education to the general public in order to avoid sleep deprivation and consequent daytime sleepiness. This should start at an early age to understand the true importance of sleep and learn how to listen to your body to avoid some mistakes.

This week, we officially open the Pre-sale of the 2nd edition of the Sleep Medicine Textbook, a collaboration of approximately 150 experts culminating in the largest ESRS publication to date.

ESRS members can watch the Sleep Deprivation webinar on demand in the e-sleep lessons section of the ESRS website. There you will also find the COVID-19 webinar and additional learning materials on sleep.

The freshly minted Gender Equality Forum (formerly Forum for Women in Sleep Research) has launched a call for effective members to become a part of a new taskforce. Do not miss this opportunity to get involved.

For more information on the GEF’s mission, what will be expected of effective members and how to apply, view the announcement here. Applications will be accepted until 31-July 2021.