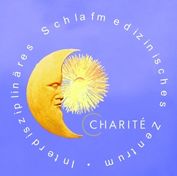 Charité – The Centre of Sleep Medicine represents an interdisciplinary medical and research unit with internists, neurologists, psychiatrics, otorhinolaryngologists, clinical pharmacologists and psychologists. The center is affiliated with the department of cardiology. Ingo Fietze, MD, PhD is the head of the sleep center, Alexander Blau, MD, Christoph Schöbel, MD, Carmen Garcia, MD and Michaela Sebert, MD are involved in clinical and research work. Thomas Penzel is the scientific head of the sleep center. Martin Glos is the medical engineer. Sandra Zimmermann and Isabella von Mengden are two psychologists. The sleep center sees about 3000 outpatients with portable monitoring to diagnose sleep disorders each year. The sleep center studies about 2000 patients each year with attended cardiorespiratory polysomnography in the 11 beds available. Research focuses on the development of devices for ambulatory investigation of sleep and sleep disorders and the development of new analysis algorithms to detect sleep disorders. Recent European funded research projects were the SENSATION FP6-IP project, the Daphnet FP6-FET project. Current projects are HIVE FP7-FET on brain stimulation and sleep and iCareNet FP7-PEOPLE on wearable sensors for monitoring of health and disorders. The group is also partner in German funded projects on GRID computing in biosignals (PNEUMOGRID), on new technologies for semi-continuous recording of blood pressure, and on science and scientists exchange between Germany and China.

Prof. Dr. med. Ingo Fietze – Has a degree in Biomedicine/Biophysics from the Medico-Biological Department of the University of Moscow. Obtained his second degree in medicine at the Humboldt University Berlin. Specialization in pathophysiology, EEG and sleep medicine, internal medicine and pneumology. Wrote PhD thesis on EEG rhythms in insomniacs and normals. Studied sleep medicine in Marburg, Detroit and San Diego. Founded the Sleep Medical Center at the Charité in 1990 and is the head since then. Main research areas cover the development of sleep recording equipment. Recent research focuses at arousal differentiation, cardiovascular interactions in OSAS, especially on noninvasive risk markers, therapy compliance issues, and relationship between OSAS and pulmonary diseases and stroke. Published more than 30 articles in national and international journals. President of the Sleep Society Berlin/Brandenburg and vice-president of the German Sleep Society since 2006. In 2005 Local Organizer of the annual meeting of the German Sleep Society as well of the First Congress of the World Association of Sleep Medicine.

Prof. Dr. rer. physiol. Dipl. Phys. Thomas Penzel – Physicist and physiologist. In 2001 he was appointed as professor of physiology at the medical school in Marburg. Since 1982 he worked in the sleep laboratory in Marburg being responsible for development of biomedical methodologies for diagnosis and therapy of sleep disorders. In 2006 he moved to the Charité University Hospital in Berlin where he became research director of the sleep center. He has been a member of the board of the German Sleep Society from 1993 to 2001. In 2001 he received the Bial price for clinical medicine with an international group working on neurotelemedicine in the republic of Portugal and in 2008 he received the Bill Gruen award for innovations in sleep research given by the American Sleep Research Society. He has been involved in the EU funded projects ENN, ANNDEE, SIESTA, is an expert in DIN and CEN / TC251 and is involved in the FP6 projects SENSATION, BIOSIM, DAPHNET and ENN-ICS and the FP7 project HIVE. He has published more than 160 papers in national and international peer-reviewed journals and edited 6 books. Since 2003 he is the editor-in-chief of the German journal Somnologie.