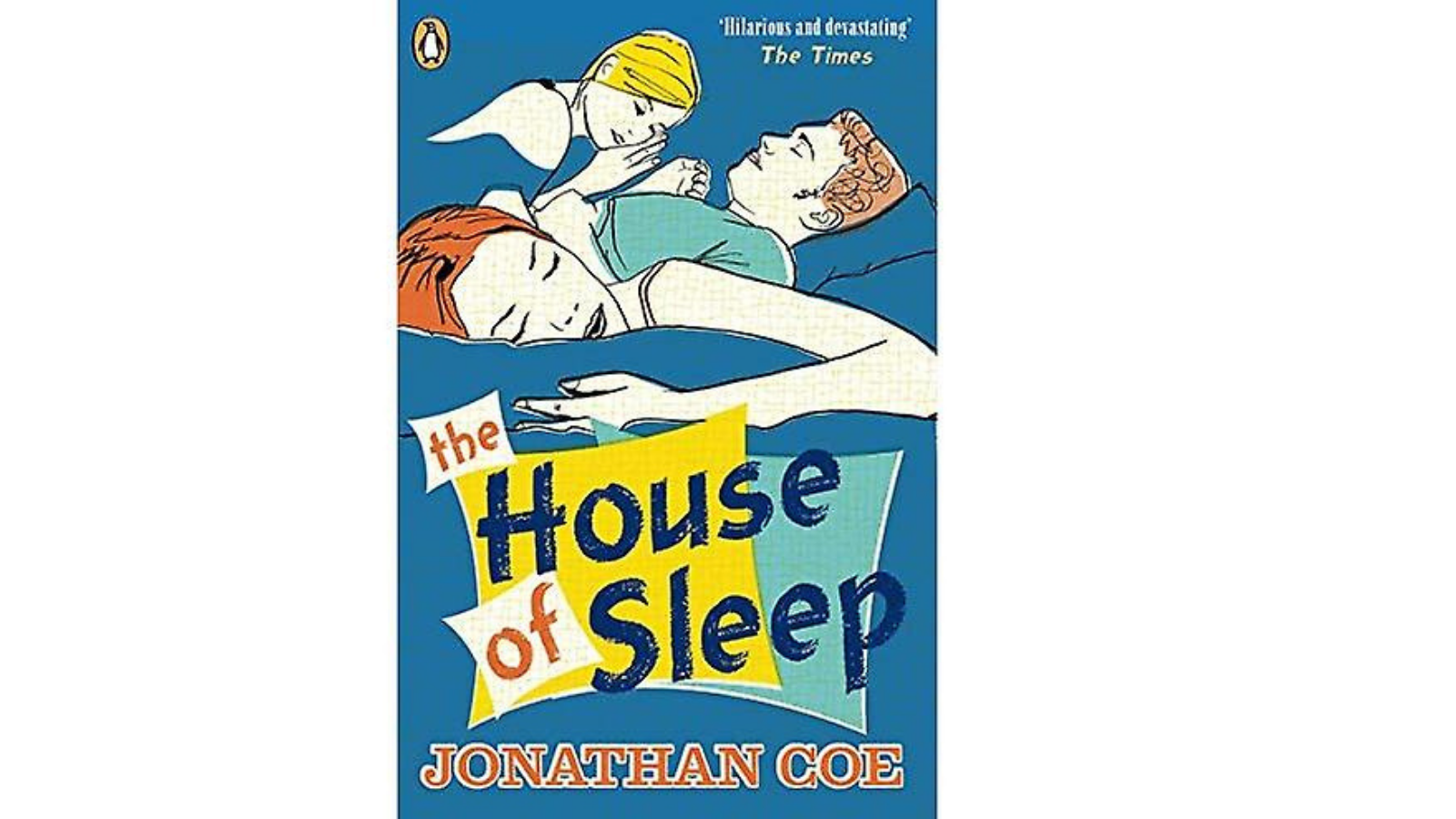 I was pleasantly surprised after the publication of my first blog in this series called Sleep and Sleep Disorders in Popular Culture. I did receive quite a few mails supporting and motivating me to pursue this issue further. Several of you even added that they might be themselves very interested to contribute to this blog on the ESRS website. So far, however, I have not yet received any material – so I really urge you to produce some material relating to the topic of sleep and sleep disorders in popular culture, be it literature, be it music or whatever.

Today I would like to share with you The House of Sleep which was published by the English novelist Jonathan Coe in 1997. Jonathan Coe was born 1961 in Birmingham and studied at Trinity College in Cambridge. Over the last decades he has published more than over 10 novels which have received widespread acclaim and many literary awards. You can find more information about the author here or here.

Since I first stumbled upon The House of Sleep, probably in the late 90s, I have become a follower and huge fan of Jonathan Coe’s novels. Among others, he has published “What a Carve Up!”, “The Rotter’s Club”, “The Closed Circle”, “Expo 58”,” Middle England” and recently in 2020 “Mister Wilder & Me”. Most of his novels deal with social and societal issues, especially if they are relevant for the UK. He has a rather humorous and sometimes satirical style.

Now about The House of Sleep

I think I bought it because of the title because I was a sleep researcher and sleep specialist at the time the book was published, and from the text on the back of the book I could guess that it deals with sleep disorders and sleep research. This impression is confirmed when you have a look at the table of contents and the titles of the chapters: Awake/Stage 1/Stage 2/Stage 3/Stage 4/REM sleep are the name of the chapters, followed by three appendices. So it is totally clear from the outset that the book has something to do with sleep, but also with sleep research and sleep disorders.

So what is it about exactly?

If I may quote from the back cover of the 1997 Penguin publication: “A group of students share a house in the 80s, fall in and out of love, and drift apart. A decade later they are drawn back together by a series of coincidences involving their obsession with sleep. Sarah is a narcoleptic who has dreams so vivid she mistakes them for real events; Robert has his life changed forever by the misunderstandings that arise from her condition; Terry, the insomniac, spends his wakeful nights fuelling his obsession with movies; and the increasingly unstable Dr. Gregory Dudden sees sleep as a life-shortening disease which he must eradicate……”

If I may also quote from a review of The House of Sleep by Suzanne Berne “…all four characters once lived briefly in a university residence called Ashdown, a drafty English seaside manor that is, essentially, unfit for human occupation….” “The book is set in two time zones, first in the 80s and then twelve years later when all the four protagonists meet again in Ashdown, “…which has now be revamped into the Dudden Clinic, where Gregory has become Dr. Dudden, a self-important sleep specialist secretly tests his theory that sleep is a disease that robs people of half their lives.” “To this complicated scenario Coe also adds shifting narrative perspectives and chapters that alternate between past and present. Toward the end, ”The House of Sleep” nearly turns into a house of cards. Its mazy style is abandoned for a sudden rush to connect all the stray paths that have been meandering through the novel. Especially troubling is Dr. Dudden’s degeneration from pompous egomaniac into paranoid mad scientist.”

So if you are interested in how scientific knowledge about sleep medicine and sleep research is reflected in popular culture,you have to read The house of sleep. I thoroughly enjoyed it the time I read it first and since then I frequently gave it as a present to young researchers who are joining my team.

Looking forward to your reactions and also contributions to this blog!

Do you want to step up your contribution to the work of the ESRS? The Research Network Committee (RNC) has re-launched its Call for a New Effective Member. They’re seeking a Project Manager to investigate the possibilities and eventually set up an ESRS Foundation, to encourage, fund and promote research in the sleep field (basic & clinical). Applications will be accepted until 30-September. Here’s more information on the project and how to apply.

Next week, the EU-NN will host its 18th Narcolepsy Masterclass on 17 September, and the 12th Narcolepsy Days on 18-19 September. The ESRS was offered 10 complimentary tickets these events which were allocated to the Early Career Researchers Network (ECRN) to distribute at their discretion. If you are interested in receiving the coupon code for the event, please send a short letter of motivation (100 words) detailing why you think you will benefit from the course along with your CV to the following address: ecrn_ec@esrs.eu. Places will be allocated on a first come first served basis.