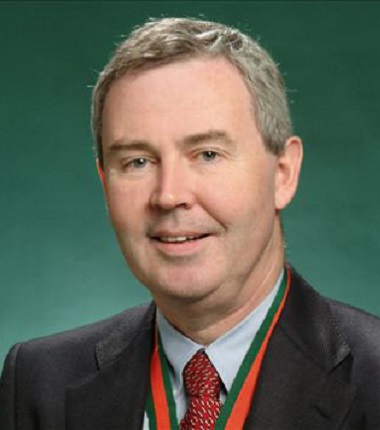 WALTER MCNICHOLAS is Newman Clinical Research Professor at University College Dublin (UCD) and Consultant in Respiratory and Sleep Medicine at St. Vincent’s Hospital Group, Dublin. He is current President of the European Sleep Research Society (ESRS) and a former President of the European Respiratory Society (ERS). He is a medical graduate of UCD and undertook his postgraduate training in Respiratory and Sleep Medicine at the University of Toronto. Walter is a Research Fellow at the UCD Conway Research Institute and is part of a multidisciplinary research group based in St. Vincent’s and the Conway Institute, which collaborates with other groups within UCD and throughout Europe. His research interests range from human clinical to basic cell and molecular biology, and include the pathophysiology, treatment and outcomes of obstructive sleep apnoea syndrome (OSA), the cardiovascular and metabolic consequences of the disorder, basic cell and molecular mechanisms and consequences of intermittent hypoxia, in addition to sleep disturbances in COPD and other chronic respiratory disorders. He is also closely involved in the evaluation of novel ambulatory monitoring devices for sleep disorders and is active in public health policy around driving risk in patients with OSA and sleepiness. He has supervised many PhD and other Doctoral research students over the past 30 years in his research laboratory at UCD and St. Vincent’s.