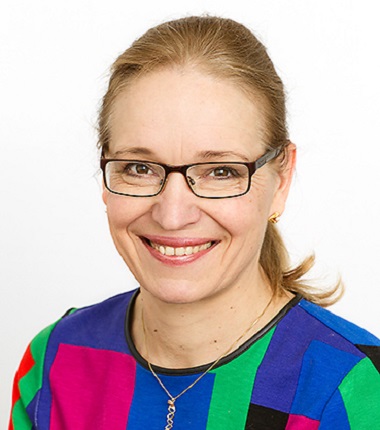 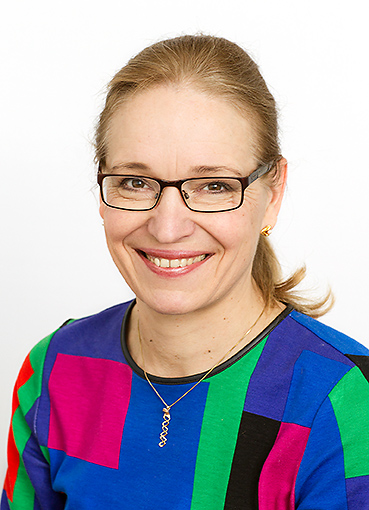 Tiina Paunio, MD, PhD, is Vice Dean of Education and Professor of Psychiatry at the University of Helsinki (UH) and Research Professor  at National Institute for Health and Welfare (THL).

Dr Paunio obtained her doctor’s degree in Medicine in 1993 and PhD degree in 1995 from UH and did her post-doctoral studies during 1996-1998 in Paris at LGN/CNRS. She worked as a project coordinator for an international collaboration on schizophrenia (SZ) during 1998-2002, after which she established her own research group Sleep&Mood at THL in 2002. She got her specialist degree in Psychiatry in 2007.

The research interest of the Sleep&Mood group is focused on etiology and epidemiology of mood disorders and sleep disturbance, and their therapeutic interventions.  The group studies  relationship  of  disturbed  sleep  and  mood  at  epidemiological  level,  the  effect  of  genetic  and environmental  factors  on  regulation  of  sleep  and  emotions,  and  their  interplay  at  molecular  level  via epigenetic mechanisms. In addition to the genetic and epidemiological research, Dr Paunio is involved in clinical research on sleep and stress related disorders at the Finnish Institute of Occupational health. At UH, she has the responsibility in education of medical doctors as a Vice Dean of Education and Chair of the MD program, as well as of those specializing in psychiatry and basic medical students in psychiatry. She is also Vice Chair of the Steering committee for education of Psychotherapists at UH and representative of UH in the national committee for education of psychotherapists.

Dr Paunio has supervised and examined a number of doctoral theses in Finland and other European countries. She was the member of the ESRS Scientific Committee in 2012-2014 and, in addition to ESRS, she is an active member of the International Society of Psychiatric Genetics, as well as of national organizations related to sleep research and psychiatry. She belongs to a number of national and international research consortia and funding organizations.