Aims and history of the ANSS

The first congregation of European national sleep societies was organised by Prof. Irene Tobler, former president of the ESRS. The meeting took place in Mallorca (ES) on April 2-4, 2004.

Delegates from 20 national sleep societies presented recent developments in their countries. There was an unanimous demand for a coordinated endeavor to further develop sleep medicine in Europe at an international level. It was proposed to introduce European standards for education and accreditation. Furthermore, a need was perceived for the institution of a body that would stand for the interests of the sleep community in the EU. An international consortium could increase the visibility of sleep science and exert impact at the political level. It was obvious that the ESRS could play a role as an umbrella organisation for such a project. A change of the bylaws was envisaged to secure the establishment of an international assembly and to include ‘sleep medicine’ as a key objective. It was proposed to introduce ‘associate’ membership in addition to the individual ‘regular’ membership. Each national society willing to be part of this venture would have to apply for associate membership. To implement these new ideas, a steering committee of five individuals was appointed, each being president of a national sleep society at that time. Their primary tasks were to prepare guidelines in consensus with all societies that were interested, to coordinate the future interactions between the ESRS and national sleep societies, and to prepare an annual meeting between delegates of the ESRS Board and the presidents of national societies.
The annual ANSS meeting is now held every year on the weekend after May 1st.
The steering committee started working on a regular basis from 2004. At the general assembly of the ESRS in Innsbruck, September 2006 the ANSS became an official body of the ESRS. The steering committee was transformed into the executive committee of the ANSS and appointed one of its members to the ESRS board. The role and activities of the ANSS are described in the constitution and standard operational procedures of the executive committee.

Thus, the ESRS has been successful at creating a dynamic structure for interaction with European national sleep societies. This platform has enabled the development of new task forces, guidelines and common educational programs to further progress of sleep research and sleep medicine in Europe. 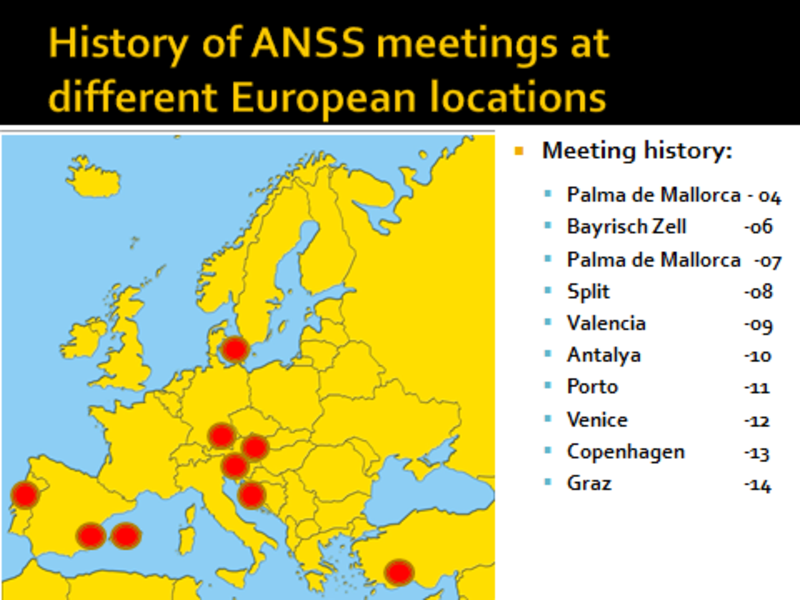 The Current and past Executive Committees

ANSS is represented in the following ESRS bodies: