Claudio L. Bassetti is full professor of neurology and vice-dean of the medical faculty at the University of Bern. He is the director of the neurology department, speaker of Neurocenter and director of the University Sleep-Wake-Epilepsy Center (SWEZ) at the University Hospital (Inselspital) in Bern. Claudio Bassetti received his MD degree from the University of Basel in 1984. He trained in neurology in Bern and Lausanne (FMH certification in 1992), and performed research fellowships in basic neurophysiology (Basel, 1985-1986) and sleep medicine (Ann Arbor-Michigan, USA, 1995-6). In 1997 he became associate professor at the University of Bern. In 2000 he was appointed professor of neurology at the university of Zurich and director of the neurological outpatient clinics of the university hospital. In 2009 he founded the Neurocenter of Southern Switzerland which he directed until 2012. Claudio Bassetti has authored eight books and over 370 scientific publications (CI>12’000; H-index 60). His research interests include sleep, stroke, and movement disorders with a translational (human and animal) approach. He served as president of the European Neurological Society (ENS, 2013-4), European Sleep Research Society (ESRS, 2008-12) and Swiss Neurological Society (SNG, 2008-12). He was the founder and first president of the Swiss Federation of Clinical Neurosocieties (SFCNS, 2009-13). Currently he is board member of the Swiss Academy of Medical Sciences (SAMW) and the Swiss Clinical Trails Organization (SCTO). Claudio Bassetti received the M. Aldrich Award in 2008 and the Pisa Sleep Award in 2010. He is honorary member of the European Academy of Neurology (EAN).

Giuseppe Plazzi is associate professor of neurology at the Alma Mater Studiorum, University of Bologna, Italy. He is the director of the panel of reviewers of scientific products for the medical area at the University of Bologna (valutazione della ricerca di Ateneo – VRA). He is head of the sleep laboratories and of the outpatient clinic for narcolepsy and CNS hypersomnias of the University of Bologna and of the Institute of Neurological Sciences of Bologna. Giuseppe Plazzi received his MD degree from the University of Bologna in 1988 and then his specialization in Neurology. He trained in neurology, neurophysiology and sleep medicine in Bologna. He has authored over 300 scientific publications (CI>11000 (Scopus); H-index: 54). He has been a visiting professor at Stanford University, California. His main area of scientific interest and expertise focuses to the clinical aspects and to the pathophysiology of narcolepsy: he coordinates a multidisciplinary research group and he is chief of the scientific advisory board of the Italian association of narcoleptic patients (AIN). He also contributed to the clinical, polysomnographic, epidemiological and genetic definition of several sleep disorders and to the polysomnographic characterization of sleep in neurological diseases. He has been granted from the Italian ministries of research and of health for several research projects in the field of narcolepsy.

Birgitte Rahbek Kornum is an assistant professor at University of Copenhagen in Copenhagen, Denmark. The current focus of her research is to determine under which conditions an autoimmune attack on neurons can occur. The research focuses on the neurologic sleep disorder narcolepsy, where the hypocretin/orexin producing neurons in hypothalamus are lost. As a post doc she discovered that autoreactive CD4+ T lymphocytes are central to the disease pathogenesis, but the mechanism leading to neuronal loss is still a mystery. Her current lab studies the details of the possible neuron-immune system interaction using both cell culture and animal models. A part of this work includes functional studies of immune related risk variants in narcolepsy, in particular P2RY11.

Birgitte R. Kornum did her post doctoral training at Stanford Center for Sleep Sciences in the lab of Dr. Emmanuel Mignot. During this time she was awarded the 2011 Young Scientist Award from the American Association of Sleep Medicine for her discovery of the association of P2RY11 with narcolepsy. In 2013, Dr. Kornum was awarded a Lundbeck foundation fellowship, and in 2015 she was elected member of the Young Academy of the Royal Danish Academy of Sciences and Letters.

Birgitte R. Kornum has a BSc degree in chemical engineering from the Danish Technical University (2000) and continued her training at University of Copenhagen, where she got a MSc degree in human biology (2003) and a PhD degree from the School of Neuroscience (2009). She has published >50 international peer reviewed papers (H-index 19), 4 book chapters, and 1 patent application.

Rolf Fronczek is a neurologist in the Leiden University Medical Centre (LUMC) and in the Sleep-Wake Centre SEIN Heemstede in the Netherlands. After having gained his medical degree in Leiden, he completed his PhD with a focus on Narcolepsy and the Hypocretin System in 2008 at Leiden University and the Netherlands Institute for Brain Research in Amsterdam. In 2006, the European Sleep Research Society (ESRS) awarded his research with the Helgi Kristbjarnarson Award for innovative research. Dr. Fronczek is a member of several national and international scientific societies. He has published in numerous peer-reviewed journals and is a frequent speaker at national and international sleep meetings. In 2016 he became a member of the EU-NN. 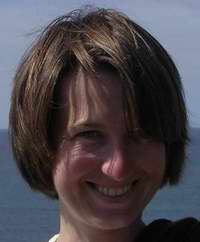 Aleksandra Wierzbicka is a consultant at the Department of Clinical Neurophysiology and Sleep Disorders Center in Institute of Psychiatry and Neurology in Warsaw (Poland). She has completed medical education at the Medical University of Warsaw. She is specialised in neurology and neurophysiology, with the focus on sleep disorders and epilepsy. She has been involved in sleep medicine for 15 years and became a leader of the referrence center for diagnosing and treating of narcolepsy in Poland. She is a member of national and international scientific societies and author and coauthor of numerous publications. She was a fellow of the ESRS-Marie Curie Project "Training in Sleep Research and Sleep Medicine".

Dr Wierzbicka is a board member of the Polish National Sleep Foundation that provides teaching courses on polysomnography and sleep medicine as well as other educational activities for profesionals and patients. She started to cooperate with EU-NN in 2009 and has become EU-NN member in 2013.

Ramin Khatami is Associate Professor of Neurology at the University of Bern and head of the Center of Sleep Medicine and Epileptology at Clinic Barmelweid, Switzerland. Ramin Khatami obtained his MD at Berlin Free University, and was trained in neurology at Dept. of Neurology University Erfurt and Freie Universität Berlin. He became head of the EEG laboratory at Epilepsy Department at Charité Berlin Humboldt University, Germany. In 2003 he received a postdoc research grant to work at the Neurology Department, University Hospital (Prof. Dr. C. Bassetti) and at the Institute of Pharmacology and Toxicology, section sleep and circadian rhythms (Prof. Dr. A. Borbèly).

In 2008, he obtained his habilitation at the University of Zurich. He is currently Associate Professor and head of Sleep Medicine, Epileptology and Sleep Research, at the Clinic Barmelweid running 12 fully equipped inpatients recording units and a huge outpatient ambulatory unit (>2000 patients/year).

Ramin Khatami heads a team of 32 members, including a research group. His research focus is on the diagnosis and pathophysiology of narcolepsy and other hypersomnias of central origin using electrophysiology and near infrared spectroscopy (NIRS) together with advanced data analysis methods including machine learning. He was one of the founding members of the European Narcolepsy Network (EU-NN) and responsible for launching the international EU-NN database on narcolepsy in 2010.