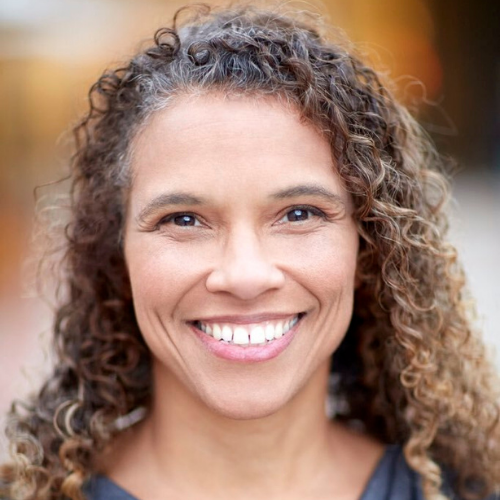 Gina Poe is a Southern California native with 7 brothers and two sisters who spent her childhood reading books from the public library. She earned her BA at Stanford University in the Human Biology Program run by Craig Heller in 1987. After 2 years working with one of the first of the modern sleep researchers, M. Barry Sterman at the VA studying EEG correlates of cognitive performance in Air Force and Air National Guard pilots, she joined the Neuroscience PhD program at UCLA specializing in basic sleep. Her dissertation was with Ron Harper where she used a new coherent bundle fiber optic imaging system invented by her classmate David M. Rector to gain a window into limbic system activity while sleeping cats sighed and had apneas while they dreamed. Gina did her postdoctoral research with Carol Barnes and Bruce McNaughton at the University of Arizona working on three projects: investigating graceful degradation of memory across aging, how the hippocampus codes a 3-D environment in the microgravity environment of NASA’s space shuttle, and the research that launched her independent career: the function of REM sleep for learning and forgetting.

In her first faculty position at Washington State University she joined the Vet School’s VCAPP department chaired by Jim Krueger, established her lab, won her first R01 NIH research grant, and directed the newly established Neuroscience major. Over 20 years of continuously NIH-funded research on REM sleep and memory has taken her from Washington State University (1998-2001) to the University of Michigan (2001-2016) and back to UCLA in 2016 where she is a full professor in the Department of Integrative Biology and Physiology and the Department of Psychiatry and Biobehavioral Sciences.

Her research currently focuses on the role of sleep in resilience to PTSD, in gaining insight into tough problems, and in synaptic remodeling throughout our lives. At UCLA Dr. Poe runs a lab with 6 PhD students and 2 recently recruited postdoctoral scholars studying sleep for insight, the microcircuitry of memory consolidation, sleep’s involvement in drug addiction relapse, and how sleep becomes maladaptive in PTSD.

She serves on the Personnel Committee in her department, the Brain Research Institute Executive Board, the Neuroscience Theme committee (hiring 15 new tenure track professors over the next  5-10 years) and teaches two neuroscience courses – one on the Neurobiology of Sleep and the other on the Neuroscience of Bias & Discrimination. Gina directs 5 programs to increase diversity in the neurosciences and other STEM fields. One of them, the Neuroscience Scholars Program, won the nation’s highest honor for mentoring in engineering, science and math under her watch, the PAESMEM award.

She has published over 50 papers and has 150 meeting abstracts/presentations. She is featured on several podcasts and a few science TV shows like AlJazeers’ English speaking webcast called “The Stream”, PBS’s “NOVA”, the BBC’s “Horizons”, and Netflix’s “The Mind, Explained!”.

She has co-organized the International BlueSpot conference on the Locus Coeruleus, organizes the #BlueSpot SLACK channel with nearly 300 members, runs the BlueSpot symposium series, and currently serves on the Board of Counsellors for the National Institute of Neurological Disorders and Stroke.

She has 4 children ranging in age from 34 to 12 and one granddaughter almost 3 years old. She lives in Los Angeles with her husband Gary Richardson, MD (a sleep researcher endocrinologist; who she met at a sleep conference), their two youngest sons, a hypervigilant dog, and an increasingly fat cat. She loves sleep and dreaming but she herself doesn’t sleep near as much as she’d like.