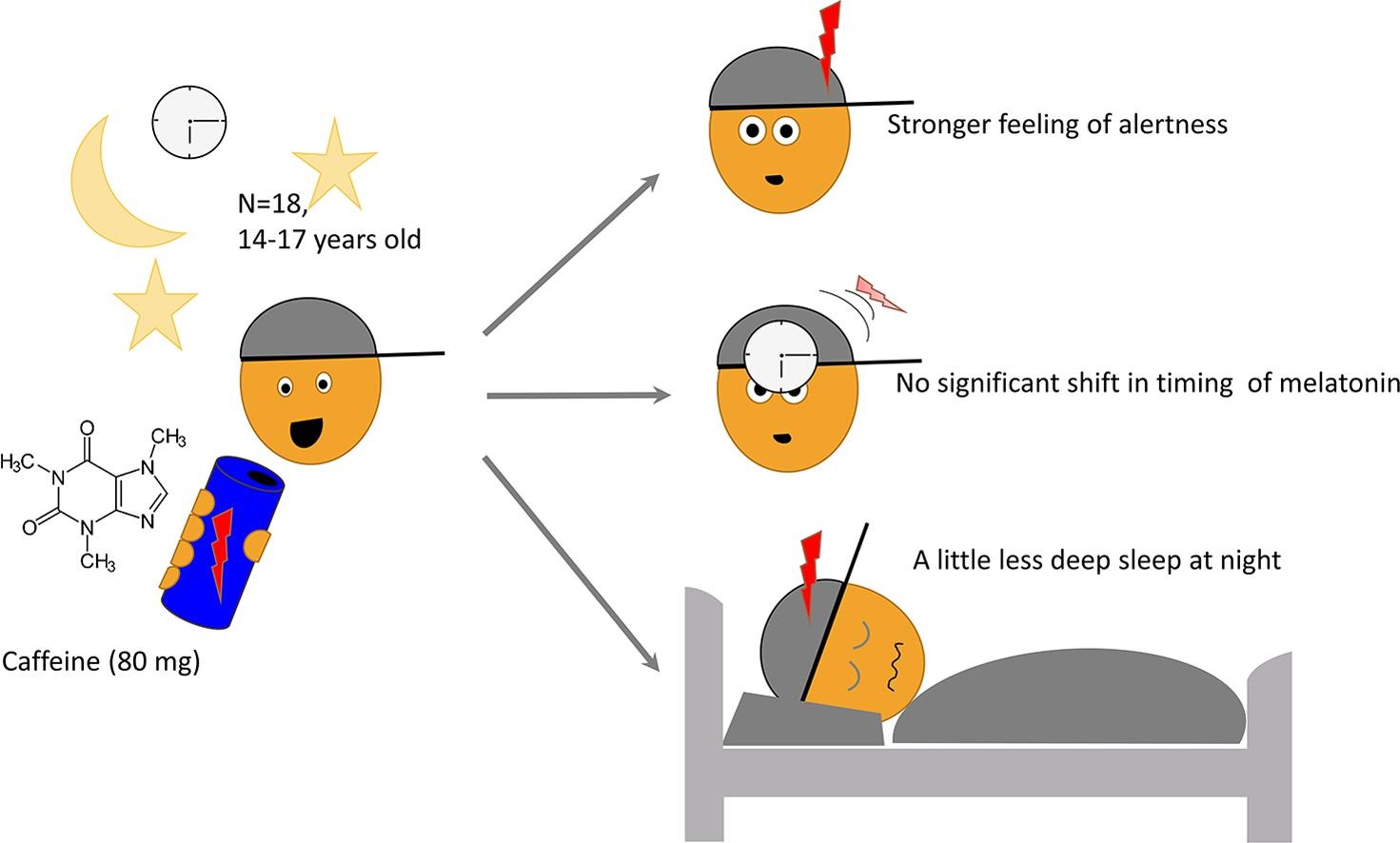 Many of us consume caffeine for a number of reasons, but the goal is most times the same -to stay awake or alert. But in the case of adolescents (teenagers), the effect of caffeine consumption has not received much attention.

In an interview with Dr. Kate Porcheret (ESRS Website Editorial Board), Dr. Carolin Reichert (Centre for Chronobiology, Psychiatric Hospital of the University of Basel, Basel, Switzerland), went in depth on her most recent publication addressing this topic: Wide awake at bedtime? Effects of caffeine on sleep and circadian timing in male adolescents – A randomized crossover trial.

The study focused specifically on adolescents as there has been no systematic experimental investigation which focuses on the effects of caffeine on sleep-wake regulation of teenagers. This gap in knowledge is what prompted Dr. Reichert to carry out this study.

In their randomized placebo crossover trial, participants were asked to ingest 40mg of caffeine in the evening after a week of abstinence, or a placebo. Subjective sleepiness and sleep quality were measured and the findings were not entirely surprising – they were all reduced.

However, melatonin which was also measured, did not exhibit the same level of reduction in the evening after caffeine compared to placebo. This was an unexpected finding as there are a few studies where it has been shown in adults that there is melatonin suppression in the evening after caffeine. However, the authors think this may be due to the teenagers receiving a lower relative dose than the adults in these previous studies.

The study also found that the participants indicating a worse sleep quality following caffeine consumption. So, the alertness they gain from drinking caffeine in the evening (the intended result) comes at a cost of poorer sleep quality in the night (unintended result). As much as caffeine is a large part of our daily lives, this should be consumed with caution, especially in adolescents.

Here’s the full interview with Dr. Reichert – listen for more details, especially on chronic vs. acute caffeine consumption and the next studies following this publication.

We are accepting applications for several funding opportunities for 2022. We will be offering 2 short-term research fellowships, 6 meetings and courses fellowships and 1 two-week training grant.
Application Deadline: 31 January 2022
More details here.