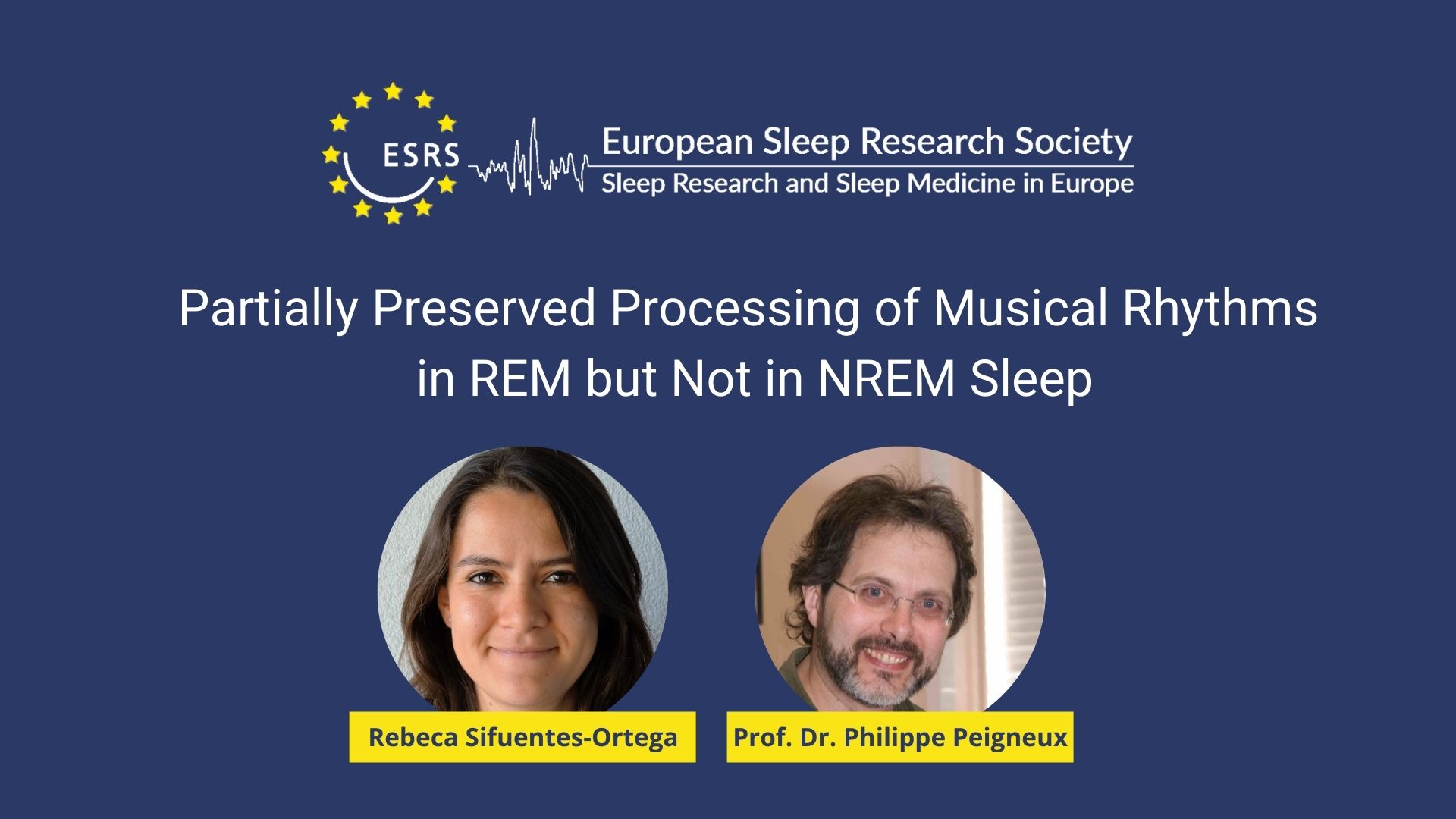 Have you ever wondered what (if any) information can be processed during sleep?

Rebeca Sifuentes-Ortega, a PhD Student who along with Prof. Dr. Philippe Peigneux from the Université Libre de Bruxelles in Belgium sat with Erica Schwebs from the ESRS, to talk about the highlights of their research findings on their recently published paper “Partially Preserved Processing of Musical Rhythms in REM but Not in NREM Sleep”. This publication was also co-authored by Tomas Lenc and Sylvie Nozaradan.

Whenever we listen to musical rhythms, we extract some high-level properties such as the meter, often manifested behaviourally by spontaneously tapping, or bobbing the head to the underlying rhythm. Such properties can also be reflected at the neural level by EEG frequency-tagging, where EEG responses are observed at the same frequencies of the rhythm’s acoustic envelope that emerges when we are listening to these periodical sequences of sounds. Syncopated rhythms are more complex than non-syncopated ones, forcing the brain to reconstruct the underlying meter structure, thus a higher-level process.

Rebeca went into details on the EEG frequency tagging method used, which allowed them to investigate if brain responses were prominent in the frequencies that corresponded to the exact frequencies of the sounds of the rhythm played during sleep. This study of perception of meter during sleep builds on existing research on meter perception during wakefulness, and considers all sleep stages: non-REM 2 and 3 as well as REM sleep.

Their study confirmed some previous findings – responses to these rhythmic sequences are enhanced at meter frequencies regardless of the type of rhythm during wakefullness – but also generated some surprising ones as well, as processing is limited to elementary features and during certain stages of sleep only.

During the interview, both spoke on the applicability of their findings and what that means for our information-processing ability during sleep – can information only be reinforced, or can it also be introduced or learned. This also appeared to be a somewhat ‘controversial’ topic of the extent of our brain’s capabilities for high-level perceptual processing during sleep.

Listen to their interview below for further insights on their findings and how it applies to us on a day-to-day basis.

For physicians, psychologists, sleep scientists and sleep technologists!
The examination will take place in September in Athens, Greece during SLEEP EUROPE 2022 (26th Conference of the ESRS).
Online application is open from: December 01, 2021 – January 31, 2022!