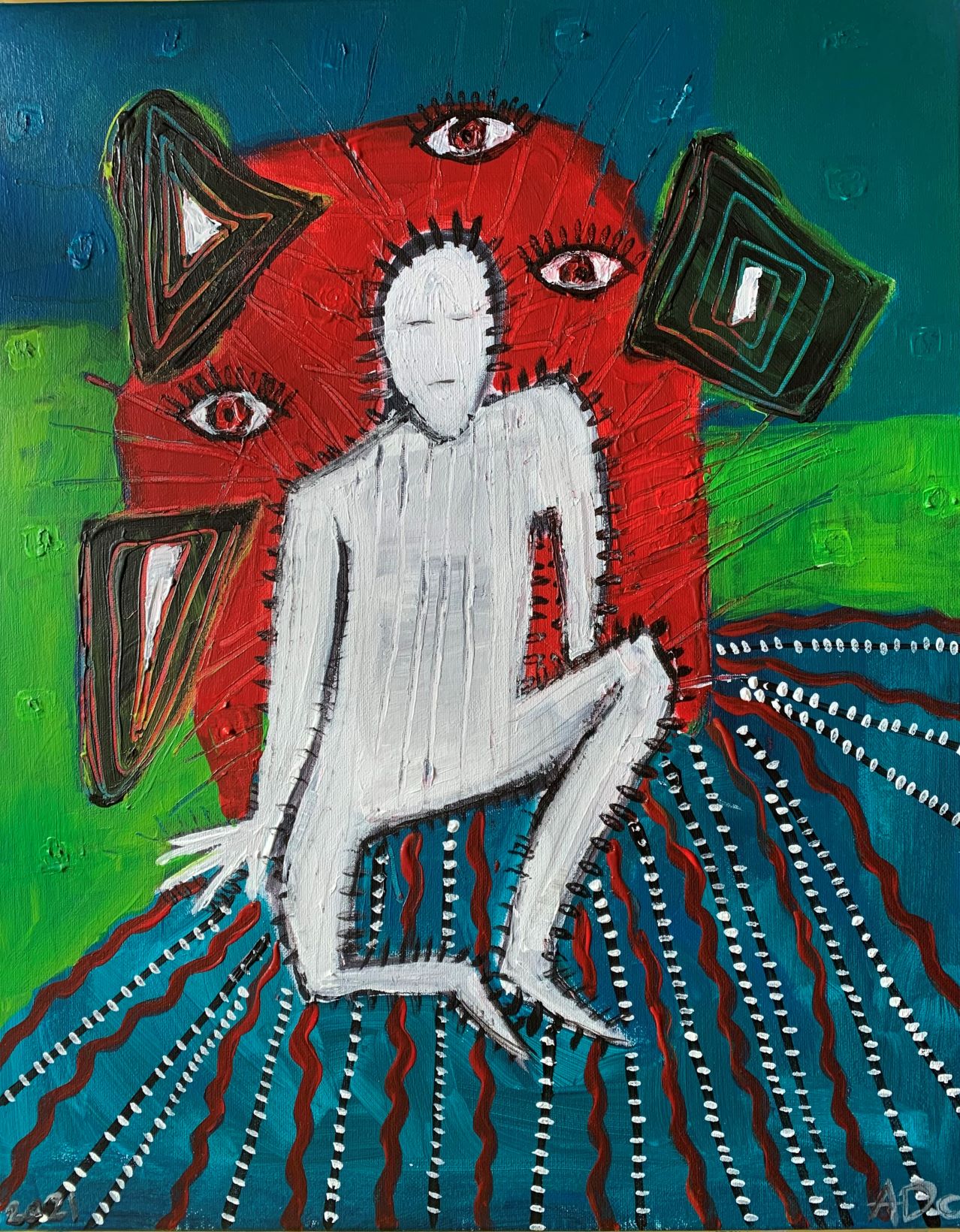 We all have experienced pain, and we also know the relief when pain finally fades. However, not everyone who is in pain is that fortunate. Disease or injuries to the nervous system, can lead to chronic neuropathic pain that persists and is unfortunately often intractable. Moreover, as the body hurts for months or years, a negative sensory and emotional state overwhelms the patient – including during sleep. Not surprisingly, therefore, chronic pain and sleep disturbances often coexist, with patients showing increased latency to fall asleep, poorer sleep efficiency and increased tendency to wake up during the night. The fatigue that arises on top of sensory and emotional discomfort creates a malicious mix that aggravates a condition that is already difficult to manage.

What brought us to start a project on pain and sleep

We reasoned that if we could capture the moments when pain intrudes into sleep and disrupts it, we could advance strategies to anticipate and combat pain-related sleep disruptions. For this idea, it is important to know that even the healthiest of us sleepers wakes up spontaneously during the night, although briefly so and variably engaging the brain, the heart and/or limb muscles. If we better understand the rules by which such spontaneous wake-ups take place, we should be able to estimate sleep’s vulnerability to pathological sensory activity, such as the one experienced in chronic pain.

Rodent experimental models of chronic pain have allowed break-through studies on chronic pain mechanisms, yet studies on sleep in these models are scarce. By inspecting when the sleeping brain of a healthy mouse becomes vulnerable to spontaneous brief awakenings, we have identified a time interval of close to a minute that allowed us to anticipate the most fragile moments of non-rapid-eye-movement (NREM) sleep across the light-dark cycle. We hence used this raster to inspect NREM sleep in an experimental model of neuropathic pain in mice, caused by a nerve injury of the sciatic nerve. These mice overall seemed to sleep for normal durations at normal periods of the light-dark cycle. However, when we inspected their brain activity at the most vulnerable moments, we found that the cortical brain area treating sensory information from the injured hindlimb showed wake-like brain activity more frequently in brain areas concerned with the sensory processing of pain (Figure 1, top). Moreover, at these moments, their heart rate was also higher. These mice thus showed a novel type of local cortical arousal combined with autonomic heart activity. These physiological signs of local arousal are reminiscent of observations in insomnia patients, in which arousal-like changes in oscillatory electrical activity appear over brain areas involved in sensorimotor activity. Additionally, mice with spared nerve injury also woke up more frequently to external fine vibrations, indicating a heightened vulnerability to external disturbances (Figure 1, bottom).

The essence of the sleep disturbances in this neuropathic pain model thus relies in an abnormal arousability, in both its spontaneous and evoked forms. The study thus demonstrates that rodent pain models provide insight into the human condition, in which more frequent awakenings are amongst the most consistent effects reported. The identification of a novel type of arousal in mouse in fact revives the need for an accurate assessment of arousability in humans in the context of a variety of sleep disorders and search for new therapy approaches in order to improve the quality of life of people suffering from neuropathic pain.

Graphic illustration of abnormal arousability from non-rapid-eye-movement sleep (NREMS) in the spared-nerve-injury mouse model of neuropathic pain. Top, Modification of spontaneous arousability in NREMS. Red line show the infraslow variations in spontaneous arousability (measured in the sigma frequency band, 10-15 Hz) in healthy mice that we describe in this study, labeling in particular the fragile sleep period. We also show that the experimental model mice show more frequent arousals that are a) local, because they concern the pain-afflicted cortical area, and b) autonomic, because they are accompanied by an increased heart rate. Bottom, Modification of evoked arousability. Mice in NREMS were exposed to mild mechanovibrational stimuli during the fragile sleep period indicated on the top, tuned to cause wake-ups in about half of the trials. Mice in neuropathic pain conditions showed more frequent wake-ups compared to sham animals.

Do you want to step up your contribution to the work of the ESRS? The Research Network Committee (RNC) has re-launched its Call for a New Effective Member.

They’re seeking a Project Manager to investigate the possibilities and eventually set up an ESRS Foundation, to encourage, fund and promote research in the sleep field (basic & clinical).

Applications will be accepted until 30-September. Here’s more information on the project and how to apply.