Sleep and Stroke: A connection that goes beyond the first initials? 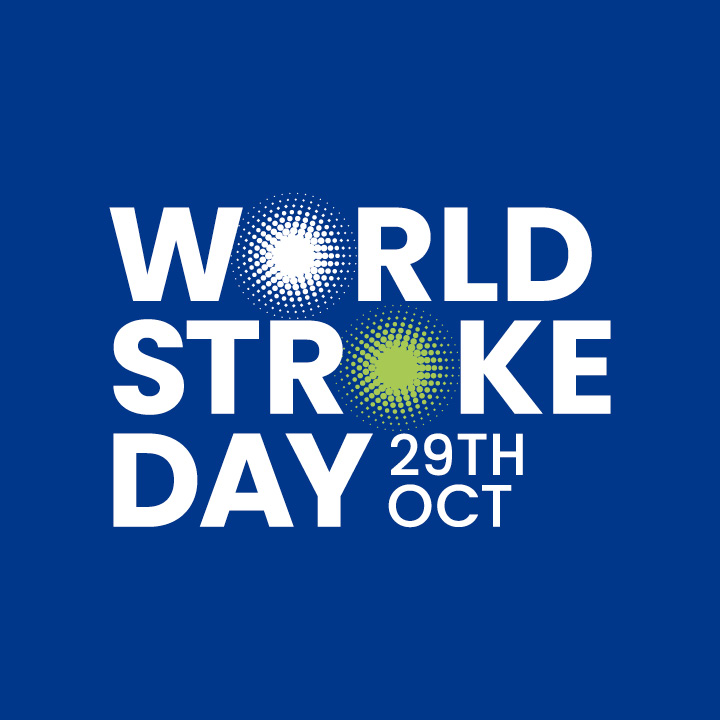 In recognition of World Stroke Day, today 29-October, the Aristeidis H. Katsanos has contributed an article on the connection between sleep and stroke.

Thomas Dekker once said that “Sleep is that golden chain that ties health and our bodies together”, and this statement seems to resonate really well in the case of stroke. The bidirectional link between sleep disorders and stroke is extensively discussed in a recently published joint statement paper from the European Academy of Neurology (EAN), European Respiratory Society (ERS), European Stroke Organization (ESO) and European Sleep Research Society (ESRS)1.

The Linkage between Sleep & Stroke

Evidence from observational studies suggest that untreated severe obstructive sleep apnea doubles the risk for incident stroke over a follow-up period of 3–10 years, with this association being more pronounced in young to middle-aged individuals. On the other end obstructive sleep apnea after stroke has been associated with neurological deterioration, increased all-cause mortality and higher risk for cerebrovascular events recurrence. Although continuous positive airway pressure (CPAP) therapy is widely used for patients with obstructive sleep apnea, randomized controlled trials (RCTs)2,3 failed to reveal any improvement in cardiovascular outcomes including stroke risk. Despite the lack of supporting evidence for the use of CPAP in primary stroke prevention, CPAP treatment in stroke survivors with obstructive sleep apnea may provide a novel therapeutic approach to prevent early neurological deterioration and improve functional outcomes – a hypothesis that is currently being investigated within the setting of adequately powered multicenter RCTs. Up to a third of patients following stroke have severe sleep-disordered breathing associated with obstructive sleep apnea, highlighting the need for cost-effective screening. Ambulatory screening approaches for patients with a recent stroke or transient ischemic attack seem to lead in increased rates of OSA diagnosis and treatment improving both patients’ functional outcomes and comfort with sleep testing, compared to use of in-laboratory polysomnography4.

Except for sleep disorders associated with obstructive sleep apnea, insomnia also seems to increase –to a lesser degree though– the risk for future cardiovascular events, with the association between insomnia and stroke risk being less certain. Following a cerebrovascular event at least one-third of stroke survivors will suffer from insomnia, which seems to have a negative impact on both their functional outcomes and quality of life. Management of post-stroke insomnia is extremely challenging not only due to the adverse effects of sedative drugs in stroke recovery and cognition, but also because of the paucity of systematic data on the use of other pharmacological and non-pharmacological interventions in this patient population.

Although it is known that stroke can trigger new-onset periodic limb movement disorders and restless legs syndrome, data on the prevalence and the impact of these disorders after stroke is still inconclusive. Despite some studies suggesting that periodic limb movements in sleep may constitute an independent risk factor for stroke, residual confounding and reverse causality makes such an association uncertain.

Prospective longitudinal cohort studies using strict definitions and systematically screening for potential confounders are needed to elucidate any potential association of periodic limb movements or insomnia with stroke risk and post-stroke outcomes. Pharmacological and non-pharmacological interventions need to be evaluated within sufficiently powered RCTs, using appropriate endpoints and focusing on stroke patient subgroups that are expected to benefit the most. Any scientific endeavor should be made in close collaboration between stroke and sleep experts, starting with the establishment of multidisciplinary programs screening and addressing sleep disorders comorbidity after a stroke.

To dive further into the topic of the relationship between sleep and stroke, below we provide a summary of the dedicated Sleep Medicine Textbook chapter.

Purchase your very own copy of the Sleep Medicine Textbook 2nd Edition, now available in print and digital versions.

Wondering what to do after your PhD in sleep research? Join the ESRS-ECRN for an open discussion on the battle between academia and industry with Dr. Desi Kocevska and Dr. Alasdair Henry on Thursday, 4 November 2021 at 12:00 -13:00 CET / 11:00 -12:00 GMT. Register here today!

This is the final call to participate in our ESRS survey  Please take just 90-seconds to share with us your role and experience in sleep research & sleep medicine so we can finetune our society’s activities and membership experience.