Editor of the Journal of Sleep Research 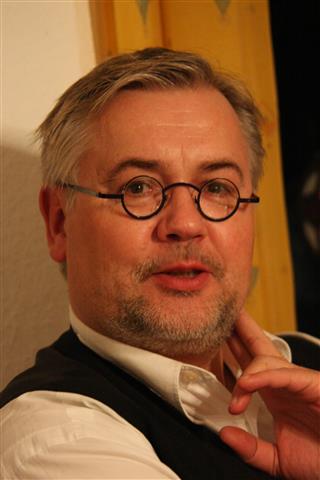 Dieter Riemann has a Ph. D. in Psychology and is a full Professor of Clinical Psychophysio-logy at the Dept. of Psychiatry and Psychotherapy of Freiburg University Medical Center/ Germany since 1993. In 2000 he was appointed Section Head for Clinical Psychology and Psychophysiology at the Department. He is also Head of the Sleep Laboratory of the Department (with five bedrooms equipped with up to date sleep monitoring technology) and was a member of the board of the German Sleep Society, head of the work group Insomnia and has been involved in editing the first and second edition of guidelines for Non-restorative sleep in Germany. From 2006 – 2008 he held an appointment as Adjunct Professor of Psychiatry at the University of Rochester Medical School/NY. In 2007 he was appointed a member of the APA´s work group sleep disorders for the completion of DSM-V (Diagnostic and Statistical Manual of the American Psychiatric Association). Since 2008 he is the treasurer of the European Sleep Research Societies. In 2009 he founded the European Insomnia Network (EIN).

He has been active in psychiatric sleep research for more than two decades and has published more than 200 peer-reviewed articles and given numerous presentations at national and international meetings. He pioneered the introduction of cognitive behavioral treatment for insomnia (CBT-I) in Germany and has served as a primary investigator in many studies on epidemiological, diagnostic and neurobiological aspects of insomnia. Presently his work focuses, besides other interests, mainly on different aspects of insomnia including diagnostics, epidemiology, therapeutics and neurobiology. His latest activities include a federally funded study on the effects of nicotine and nicotine withdrawal on sleep, a study on sleep perception and several EU funded projects.