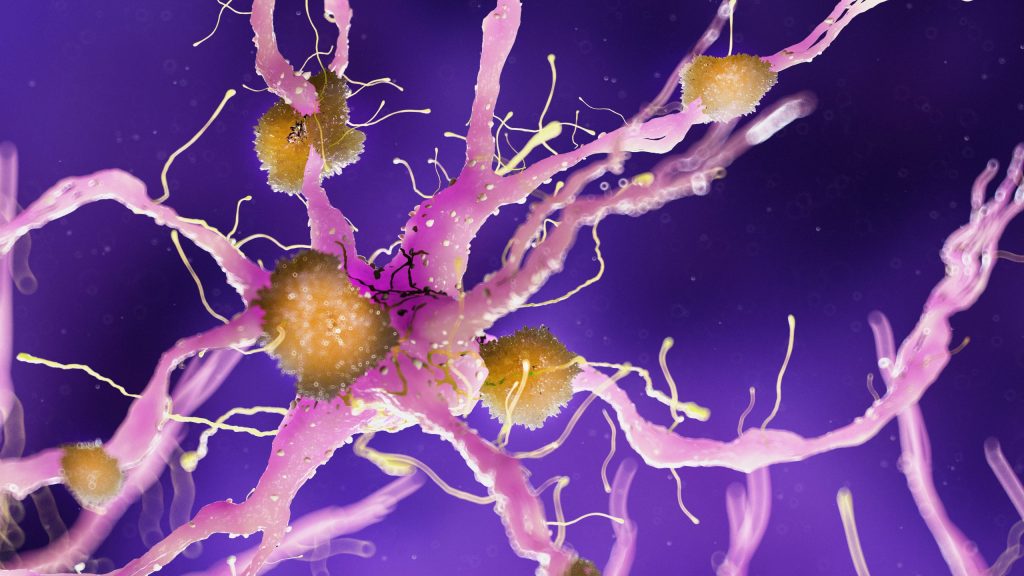 Yes! It’s Friday! Grab a coffee/tea/beer/wine and end your week with a quick recap of Sleep Science News and ESRS updates! 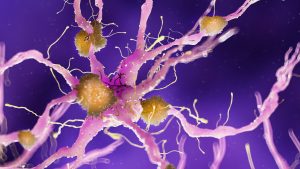 Exhibiting paranoid and erratic behavior, delusions, and issues with speech and memory, 51-year-old Auguste Deter was examined by German neurologist, Dr. Alois Alzheimer, at the Frankfurt Institution of the Mentally Ill and Epileptics (Germany). Given her young age, Dr. Alzheimer initially labelled her condition as “presenile dementia”. Over the next several years, living in a state of confusion that progressively deteriorated, she soon lost sense of time and space—unable to recall her husband, where she was, and her own name—frequently uttering, “I have lost myself”. In this way, the loss of memory is a loss of self.

Since then, additional neurophysiological characteristics of Alzheimer’s and other neurodegenerative diseases have been discovered. As no cure exists, recognizing signs of mild cognitive impairment with atypical physiological ageing of the brain is necessary for early diagnosis and treatment to slow its course. One promising avenue for this is found within sleep research.

Dr Kristine Yaffe, a professor of psychiatry, neurology and epidemiology at the University of California, San Francisco, remarked, “There has been a real renaissance in research around the connection between sleep, sleep quality, sleep disturbance and dementia, especially Alzheimer’s dementia”.

Besides having a physically restorative role and effect on mental health, memory, and learning, researchers also found that the brain remains surprisingly active during sleep—and not just to dream. In 2009, a strong link was found between lack and quality of sleep with the build-up of amyloid plaques. This relationship turns out to be bidirectional, where those with amyloid plaques and still normal cognitive function also reported sleep issues. Following this, the discovery of the “glymphatic system” showed that remarkably, the brain essentially cleanses itself during sleep by washing away metabolic waste in the brain.

By examining amyloid beta and tau protein levels (indicative of amyloid plaques and neurofibrillary tangles), this suggests that Alzheimer’s progression is due to the excess production and reduced clearance of amyloid beta and tau. Sleep then helps to facilitate this clearance, with lack of sleep disrupting it. However, whether sleep disturbance itself actually causes the development of Alzheimer’s is difficult to prove. Rather, combined with other factors (e.g. genetic, environmental, general health), poor sleep most likely exacerbates the progression of neurodegenerative diseases, or may serve as a catalyst that triggers neurodegenerative diseases in an individual who is already predisposed to it.

In any case, investigating the role of sleep in the development of neurodegenerative diseases is advantageous as addressing sleep-related issues can be relatively simple (e.g. sleep hygiene), non-invasive (e.g. CBT-I) and inexpensive—especially when combined with other therapies and treatments.

However, sleep not only affects your brain, but is associated with psychiatric and metabolic diseases, as well as certain cancers. By addressing and managing sleep issues before they become chronic therefore plays a key role in overall systemic health.

Tune in next Friday for another Sleep Science Friday and also check out a recent publication by ESRS member Zou et al. 2020 in the European Journal of Preventive Cardiology on Insomnia and metabolic syndrome.

Interested in or working on sleep and sleep disorders?

Due to COVID-19, the 25th Congress of the ESRS goes Virtual–so you can attend even in your pajamas from anywhere worldwide.

For Spanish speakers, #ESRS2020 will be a joint congress with the Spanish Sleep Society. Both meetings are coordinated in parallel; attendants can participate in both meetings with only one registration. Keynote speakers from #ESRS2020 will have Spanish translations. We will also have poster sessions, teaching courses, networking lounges, and a stream for early career researchers.

All ESRS members are invited to participate in the ESRS Business Meeting and without registration for the ESRS Congress. Although, we encourage members to partake in the full Virtual Congress (Sept 22-24), with fees reduced at 50% of the normal cost. An invitation and agenda for the Business Meeting will be sent to members by 26 August.

During #ESRS2020’s Business Meeting, we will also be selecting new Board, Scientific Committee, and ESRS Early Career Researcher Network members! Please see here for further details on submitting nominations for open positions. We look forward to receiving your nominations.

Check out our full #ESRS2020 Scientific Programme on our website. 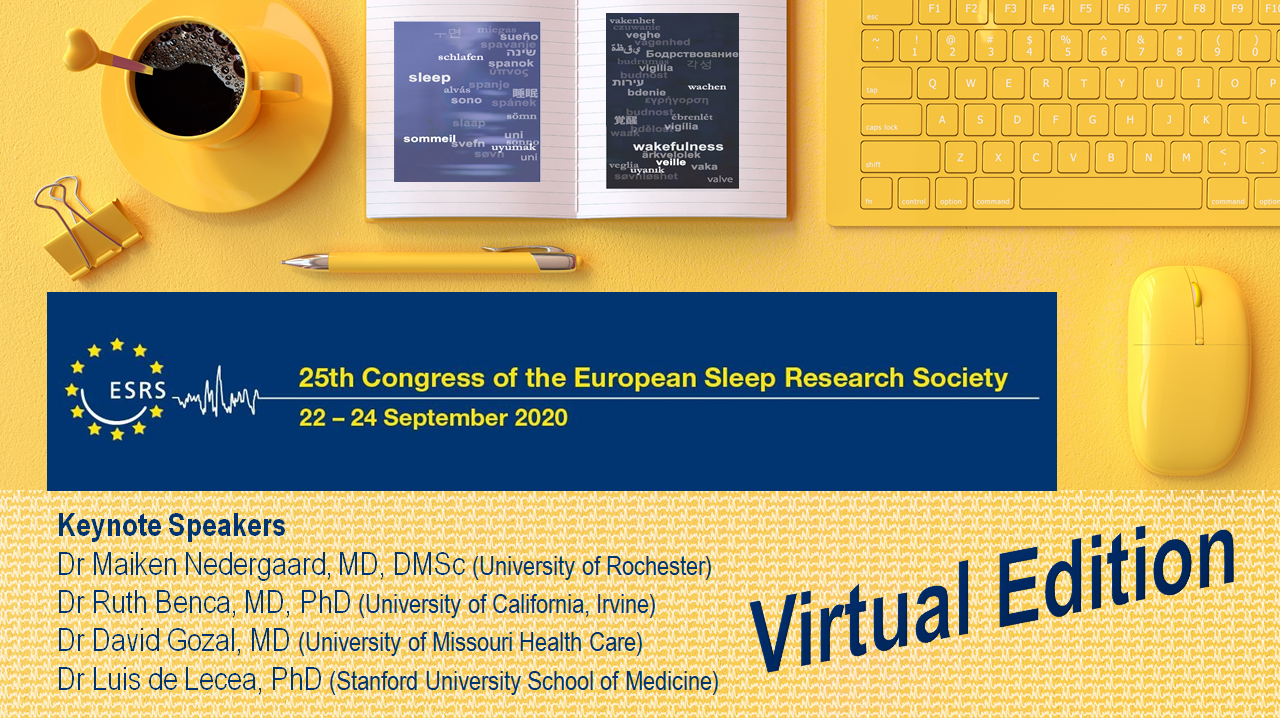 Just published an article? Want your research to be featured? Saw something interesting? Contact: doris.wu [ at ] esrs.eu.