Dr. Bogdan Voinescu, MD, PhD, is a psychiatrist at the Department of Liaison Psychiatry, Bristol Royal Infirmary, University Hospitals Bristol and Weston NHS Foundation Trust, England, UK, and an honorary research associate at the Centre for Academic Mental Health, University of Bristol (UK). Previously, he was a clinical research fellow at the Institute of Psychiatry, Psychology and  Neuroscience, King’s College London, UK. Before moving abroad, he worked as a postdoctoral fellow, then lecturer in Psychiatry at the Department of Clinical Psychology and Psychotherapy, Babeş-Bolyai University, Cluj-Napoca, Romania.

Since 2008, he has conducted doctoral and post-doctoral research activities related to the study of sleep and circadian rhythms, being particularly interested in the insomnia disorder and the circadian preference. He was a fellow of the Marie Curie training programme “Sleep Medicine and Sleep Research” (2010) and won several research grants, including one from the European Sleep Research Society (2010). He is the recipient of several prizes, travel grants and fellowships for young researchers, e.g. from the European College of Neuropsychopharmacology (2015), FENS-IBRO (2013), International Society of Behavioral Medicine (2012) or World Psychiatric Association (2011). In 2012, he organised and chaired a School of Advanced Studies on sleep and circadian rhythms in Romania.

Pierre-Hervé Luppi, PhD is a Research Director at the CNRS. Since 2011, he is the head of the team "Physiopathologie des réseaux neuronaux du cycle veille-sommeil" of the centre of Neuroscience of Lyon: UMR 5292 CNRS/U1028 INSERM at the University Claude Bernard Lyon 1 (UCBL), France.

Dr. Luppi obtained his master at UCBL where he worked with Michel Jouvet at the INSERM U52 on the neuroanatomy of the paradoxical sleep generators. He received his PhD in 1989 and entered the CNRS the same year and then remained 12 years in the same laboratory. He was the head of a sleep research CNRS laboratory (UMR 5167) between 2002 and 2010 hosted by the medical school “Faculté Laennec” and member of the «Institut Fédératif des Neurosciences de Lyon».  He received in 1996 the European Sleep Research Society-SynthéLabo fellowship. Dr. Luppi is deputy editor of “Journal of Sleep Research” and has been secretary (2012-2014, 2018-2020) and vice-President of the European Sleep Research Society (2014-2018).

He has published 23 book chapters and 121 research papers (Factor H: 51), plus numerous abstracts.

He is internationally recognized for his current work on the mechanisms responsible for the genesis of the sleep-waking cycle, the cognitive role of sleep and the studies of sleep pathologies like narcolepsy and REM sleep behaviour disorder. In particular, he described the brainstem network responsible for generating muscle atonia during paradoxal and discover the role of MCH in generating the state. He also more recently described at cellular level the state of the cortex during paradoxical sleep showing that only a few limbic cortical structures are activated by the claustrum and the supramammillary nucleus.

Dr. Oana-Claudia Deleanu is PhD in Pulmonology, with the thesis "Peculiarities of Evolution under CPAP Therapy in Patients with OSAS and Arterial Hypertension, Including Resistant”. Following her formation as doctor at the National Institute of Pulmonology (specialist since 2007, senior since 2011), she obtained the position of university assistant at “Carol Davila University of Medicine and Pharmacy” in 2008 and the position of lecturer in 2015.

Since 2007, she has been working at the National Institute of Pneumology’s Sleep Laboratory as volunteer. In 2014 she has obtained the ERS certified diploma as sleep expert, as well as other diplomas such as “Competency in Somnology, level I and level I+II” (2013) and “Noninvasive Ventilation (2015)” authorized by Romanian Ministry of Health (based on European trainings).

The main interest of Dr. Oana-Claudia Deleanu is related to the effect of CPAP on cardiologic features in patients with (resistant) hypertension and obstructive sleep apnea, but also o the clinical aspects related to smoking effects on sleep. In regards to the above-mentioned, she has been a constant member of different research teams involved in national or international projects.

In 2017, she was elected as member of the Executive Committee of Assembly of the National Sleep Society of ESRS.

Dr. Christine Blume is a post-doctoral research fellow at the Centre for Chronobiology of the University of Basel (Switzerland). After completing her degree in psychology at the University of Würzburg (Germany), she moved to Salzburg (Austria), where she obtained her PhD in the Laboratory for Sleep, Cognition and Consciousness at the Centre for Cognitive Neuroscience. While she first primarily worked on disorders of consciousness following severe brain injury, she became intrigued by human sleep, which is now her main field of research. After having successfully applied for a mobility grant of the Austrian Research Fund FWF, she moved to Basel in January 2019. These days, her research is centered around artificial light and other factors that characterise life in a modern society on sleep. She is also a cognitive-behavioural therapist for insomnia (CBT-I) in training at the Psychiatric Hospital of the University of Basel.

Besides doing research, Christine also likes talking about science and sleep science in particular. Therefore, she does a lot of science communcation, particularly in the German-speaking media. Besides science, she plays the cello in the orchestra of the University of Basel and loves hiking or cross-country skiing in the mountains. Christine joined the Early Career Researcher Network (ECRN) Committee in 2020. 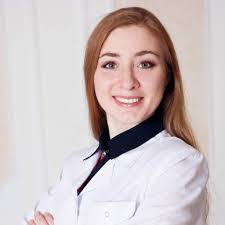 Lyudmila Korostovtseva, MD, PhD, is a Research Fellow at the Sleep Medicine Laboratory based at the V.A. Almazov North-West Federal Medical Research Centre, in St Petersburg, Russia. Being a cardiologist, she is particularly interested in the association of sleep disorders with cardiovascular diseases.

She was a fellow of the Marie Curie training program “Sleep Medicine and Sleep Research” (2010). Later, she was a visiting researcher (2 months, in 2011) in the Sleep laboratory at the Neurocentro della Svizzera Italiana di Lugano under the supervision of Prof. Bassetti (Lugano, Switzerland). In 2015-2016 she worked as a research fellow at the Sleep-Wake-Epilepsy Centre based at the Bern University  Hospital (Bern, Switzerland) under the supervision of Prof. Bassetti. In 2015, she was one of the organizers of the Workshop for Young Somnologists “Sleep: a window to the world of wakefulness” in St Petersburg (Russia).

Axel Wiechmann is working as a consultant for Foundations, Welfare Organisations and Medical Societies. He studied sociology and communication science at the Ludwigs-Maximilians-University in München, Germany.

He has a 30 years experience in junior and senior leading positions in public administration, welfare and non-profit organisations. He took responsibility for budgets up to 50 billion Euro.

He has a reliable expertise in quality management and process design in non-profit organisations. The main focuses of his work are risk management as well as operational and strategic controlling for NPOs.

Inside ESRS: As an external agent he is the responsible administrative of the ESRS Examination in Sleep Medicine since 2015. From 2019 up to now, he took a major role in the development and maintenance of the ESRS website and the e-sleep area.

Jen Goldschmied is a licensed clinical psychologist and assistant professor in the Department of Psychiatry at the Perelman School of Medicine of the University of Pennsylvania. She received her bachelor’s degree in Psychology and Neuroscience from Penn, her doctorate in Clinical Psychology from the University of Michigan and completed her psychology residency at the Medical University of South Carolina.

Her program of research aims to identify the mechanisms by which sleep modulates mood and emotional processing, and she was recently awarded an NIH Career Development Award to study the relationship between sleep slow-wave activity, neuroplasticity and mood in depression. In addition to her research, Jen also engages in clinical work in behavioral sleep medicine, treating patients with sleep disorders and comorbid psychiatric illness.

Isabela Santos Valentim, MSc, is a fellow PhD student of the Leibniz Graduate School on Aging, based at the Leibniz Institute on Aging – Fritz Lipmann Institute (FLI), Jena, Germany. Her research focuses on understanding the importance of sleep/ circadian rhythms on neuronal aging and protein aggregation disorders, such as Alzheimer’s and Huntington disease.

Isabela has also a fond interest in science communication and outreach activities. As part of her teaching degree, she developed a series of classes explaining the importance of sleep and sleep hygiene during adolescence, which became an ongoing project of the State University of Rio de Janeiro. She had also an internship at the Roberto Marinho Foundation (Brazil) taking part in the promotion and organization of the Young Scientist Award.